Turkey Design Council has initiated an EU project as coordinator, "From Ancient Anatolian Crafts to Contemporary Designs" with CCH-II/231 code financed under the “Grant Scheme for Common Cultural Heritage: Preservation and Dialogue between Türkiye and the EU-II (CCH-II) in partnership with Brumen Foundation (Slovenia) and Traditional Arts Association (Turkey).

It is aimed to spread the examples of ancient values combined with contemporary designs in Turkey and Europe within the scope of this project, which was launched to carry the Anatolian crafts at risk of disappearance into the future by means of intercultural cooperation. During the project, five of the traditional crafts, which are the cultural heritage of Anatolian lands, will be promoted in Europe. Ceramics (Iznik style), felt making, quilting, stone carving, and inlaying were determined to be implemented in the project. It is planned to create a video archive of Anatolian crafts by preparing documentaries in which each master explains the ropes of craft, materials, and production techniques in their own workshop. 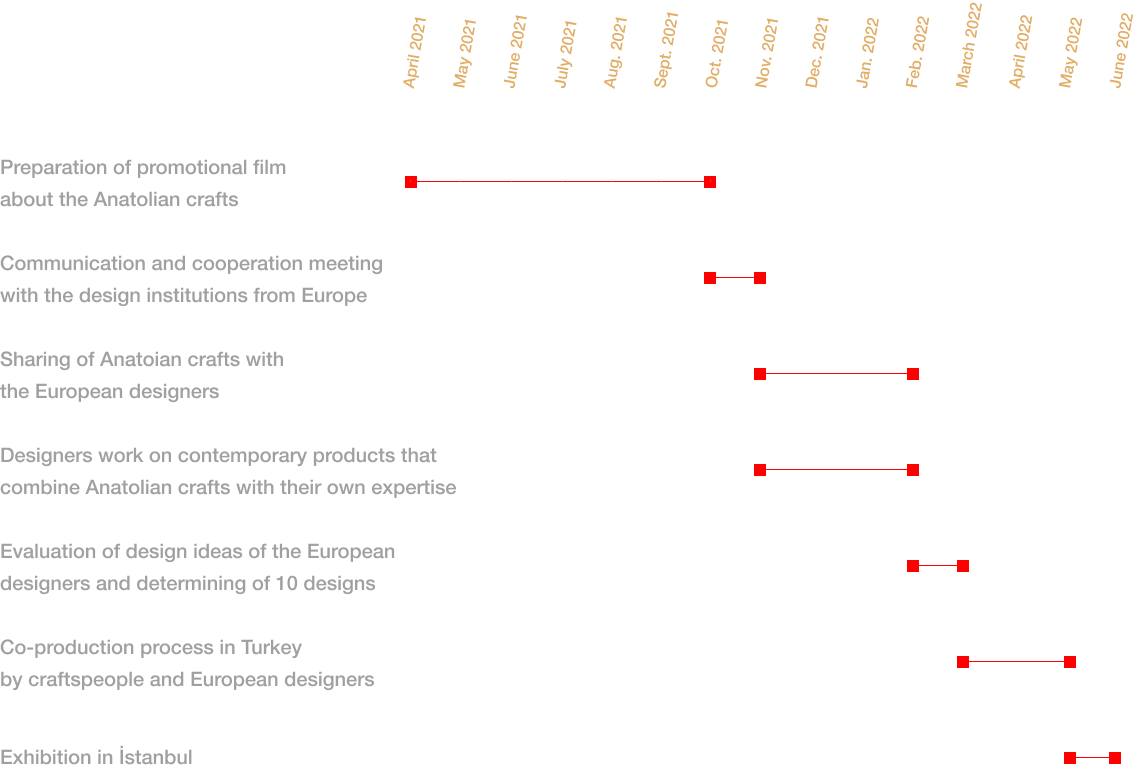